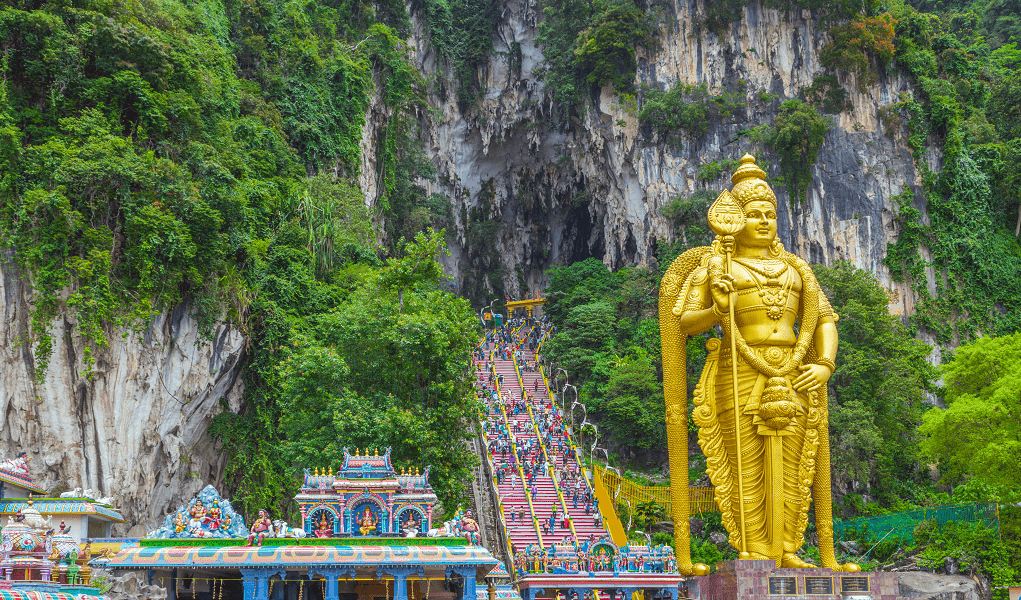 Dazzling Malaysia by TravelOcat offers a perfect getaway & beauty of historic places in Kuala Lumpur and other various attractions.

Kuala Lumpur has much to experience and discover,The Twin Towers of Kuala Lumpur, Genting Highlands and Batu Caves are few of the most popular tourist sites here. For Big Spender Kuala Lumpur Have fun shopping in the malls and street markets. Sunway Lagoon theme park can also be covered with additional charges. Forget the stress and enjoy this 4-day tour to Malaysia that will leave you with plenty of memories of joy.

3 Nights 4 Days Available on request Sepang, Selangor
Inclusions/Exclusions
What we'll give. What we won't

SelamatDatang! Welcome to Malaysia's capital city - Kuala Lumpur! Malaysia’s sultry capital packed with historic monuments, steel-clad skyscrapers, lush parks, mega-sized shopping malls, bustling street markets and trendy nightspots. On arrival, TravelOcat representative will welcome you with a special meet and greet service, and give you a Shared or Private transfer to your Hotel. Check in and freshen up in the comfort of your room.

City Tour of Kuala Lumpur covers: Kuala Lumpur a bustling metropolis with unique landmarks that are instantly recognizable worldwide. One of Asia's most dynamic cities, Kuala Lumpur is a melting pot of races and cultures brimming with diverse entertainment options, exciting attractions and modern transportation system.

The city tour starts from the most prominent landmark - The Kings Palace, which officially became the National Palace in 2011. Next stop is the National Monument which was built to honor the valiant soldiers who gave their lives to defend the country. A drive pass to another distinguished landmark is National Mosque, which has a 73m minaret and a unique star-shaped dome. Follow on the stop is Dataran Merdeka which means Independence Square.

The buildings around the Dataran Merdeka, Kuala Lumpur mostly bear the syncretic stamp of the British Empire’s English/Indian roots, with an abundance of Mughal-style domes blended with fancy British brickwork. Next visit is one of the unique Chinese Temple in town. Here you are able to see beautiful Gold Coated Statue of Buddha & Goddess of Mercy and the traditional Chinese architecture of the temple. Final stages of the excursion is a photo-stop of Petronas Twin Towers, tallest twin towers in the world and Cocoa Boutique, where you can try locally made chocolates.
Kuala Lumpur has many interesting attractions; like Merdeka Square, Chinatown, Petronas Twin Towers and much more. KL is also known as a shopper’s paradise; there are numerous huge shopping malls where you can literally shop till you drop.

Once reached the upper Cable car station, proceed to First World Plaza & Sky Avenue, the new concept of a shopping mall with various cuisine outlets. Malaysian Food Street gathers the country’s most famous hawker delights, giving visitors the opportunity to eat their way across Malaysia in one sitting. Other than eating and drinking, SkyAvenue has crafted an entire lifestyle experience to keep visitors engaged at the mall. Top of the list is shopping, with almost 100 brands running the gamut from High Street to luxury for those who are brand conscious.

Genting Highland is also well known as a small version of Las Vegas. You may try your luck here.Before you leave, do take a look at the lobby of one of the biggest hotel in the world, First World Hotel which has a whopping nearly 8000 rooms where the main reception area resembles a small airport departure hall.

An option you may visit is Chin Swee Temple. Schedule 02 hours before pick up time, on return way to lower cable car station, make an hour stop here ( ChinSwee Station). This temple (originally a cave temple) that houses the black-faced Chin Swee altar, hidden slightly deep inside a rocky chamber. You may also explore the iconic nine-story pagoda lit by lamps, Sky Terrace,’Ten Chambers of Hell” and finally, a giant 15 meter high Buddha statue wedged between the jungle canopy across the hill.

You’re about to discover the most unique and interesting way to see Putrajaya – the pride of the nation! Perfect for everyone. Singles, couples, groups of family and friends with varying interests can enjoy what Putrajaya has to offer. Putrajaya is a model township which has been constructed with innovative urban design and great respect for the environment. Set sail and enjoy the magnificent view that includes the iconic Putra Mosque, Seri Wawasan Bridge and Perdana Putra (Prime Minister’s office).

Sit on the open/upper deck and unwind while catching the views. Discover this enchanting garden city while cruising. This is where all the greens and modern architectural wonders intertwine seamlessly and form the largest landmark in Malaysia! Complete your visit to Malaysia’s stunning Federal Administrative Centre with a memorable trip down the serene Putrajaya Lake; an incredible man-made wonder spanning across 650 hectares of beautiful waters and exotic wetlands. Come see Putrajaya from a different perspective.