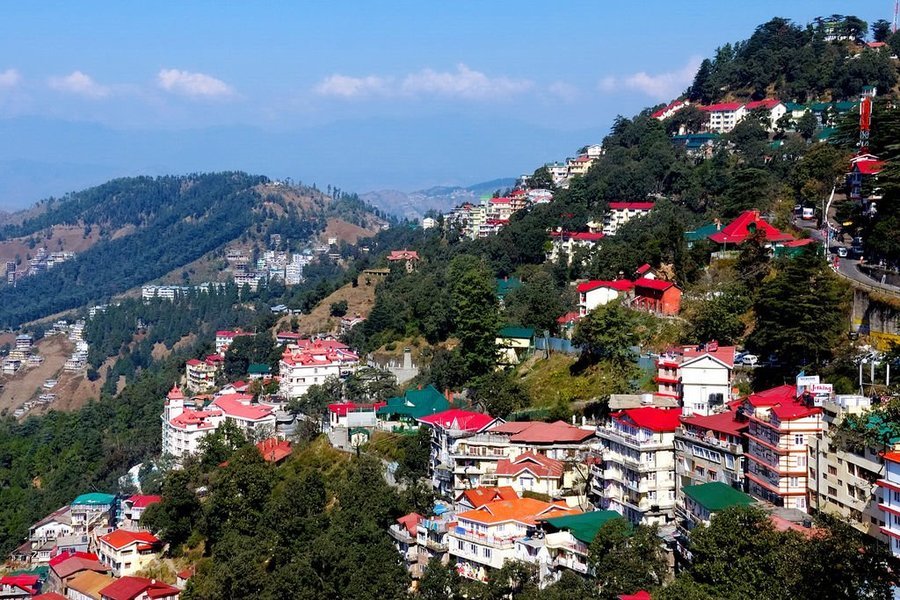 Soak yourself in the magic of Himachal Pradesh’s pleasant weather and excellent landscapes, featuring magnificent mountains, splendid lakes and greenery. Its two quaint hill resorts - Shimla and Dalhousie will remind you of the bygone British era with their charming churches, government buildings and bungalows. Enjoy a short excursion to Kufri near Shimla and spend quality time admiring the scenic picnic spots of Dalhousie. A halt at Chandigarh, on your way back, will leave you completely rejuvenated.

5 Nights 6 Days Available on request Shimla, Himachal Pradesh
Inclusions/Exclusions
What we'll give. What we won't

Upon arrival at the Delhi airport/railway station, meet a TravelOcat representative who will assist you to the designated vehicle and drive you to Shimla. It is the capital of Himachal Pradesh; however, it remained capital of Punjab for some time after India got its independence from the British in the year 1947.

Shimla, an erstwhile summer capital during the British regime, is a beautiful hill resort in Himachal Pradesh. Perched at an average height of 2200 m, this hill station is set amidst rolling snow-covered hills and luxuriant forests. Its sublime beauty, colonial architectural edifices, wooden crafts, meandering streets and pleasant climate makes it a favourite spot for tourists and honeymooners.

Once you reach Shimla, check-in at the hotel and spend the rest of the evening in leisure activities. You can choose to go on a sightseeing trip to attractions, such as Jakhoo Temple, Kali Bari Temple and Himachal Museum and Library. Alternatively, you can shop at the famous Mall Road or nearby markets for local items.

This day is reserved for an exciting sightseeing tour of Shimla. However, undertake an excursion to Kufri – a small breathtaking hill station about 16 km away.

Kufri is located at the foothills of beautiful Himalayas and is known for its gorgeous beauty and salubrious climate. This hill resort is flocked by a large number of tourists all round the year. Most adventure enthusiasts prefer to visit this place in winters to indulge in adventurous activities, such as skiing, trekking and hiking over snow-clad mountains. You too can indulge in these activities for an adrenalin-pumping experience. Another activity to do when in Kufri is to either hike or take a mule ride to the Mahasu Peak, the highest peak in the region. This peak offers a spectacular view of the Himalayan mountain ranges like Badrinath and Kedarnath.

After this jaunt, come back to the hotel in the afternoon and relax for a while. In the evening, you can take a stroll along the bustling Mall Road, which is lined with a number of restaurants and shops selling traditional items and wooded crafts. It is considered as the hub of Shimla’s social life and cultural activities. On this road, you can also get a glimpse of the colonial era owing to the various architectural marvels located here.

In the morning, embark on a road journey to Dalhousie. A mesmerising hill station in Himachal Pradesh, Dalhousie is positioned across five hills (Potreys, Tehra, Kathlog, Bakrota and Balun) at an elevation of 2036 m above sea level. A famous summer retreat for British officers and bureaucrats, this hill station was established in AD 1854. The town has been named after Lord Dalhousie, the then Governor General of British India.

Dotted with snow-capped mountain peaks, grooves of pines, deodars and oaks, this town is full of colonial charm that is quite visible in its bungalows and charming churches. This place also serves as a gateway to the ancient Chamba Hill, now Chamba district, which is known for its ancient Hindu culture, temples, art and crafts.

After reaching Dalhousie, complete the check-in formalities at the hotel and rest. Thereafter in the evening, enjoy a visit to nearby attractions and markets to shop and dine to explore the lifestyle of this quaint hill resort.

To explore the best of Dalhousie, go on a full-day sightseeing tour in the morning.

Start with a visit to Panchpula, a picturesque spot featuing numerous natural water springs. One of the prominent springs out here is Satdhara, which is believed to contain medicinal properties. This place is also famous for an exquisite monument built in the memory of a great freedom fighter, Sardar Ajit Singh.

Next, visit the beautiful Subhash Baoli, a captivating spot where Netaji Subhash Chandra Bose, a famous freedom fighter spent some time in 1937. Located around a kilometre from Dalhousie, this place is a popular picnic spot that commands a picturesque view of snow-capped hills and towering trees. Facilitated with proper seating arrangements, you may spend some time adoring the scenic beauty of this attraction.

Later, pay homage at the Bhulwani Mata Temple at Bara Pathar. It is a small but popular temple nestled in the thick forests of the Ahla village. As located on the way to Kalatope, this area also serves as a break point while trekking towards the same. The tour of Dalhousie remains incomplete without witnessing the stunning view of snow-capped peaks at Bakrota Hills, which are situated at a height of 2085 m above sea level.

The nest morning, drive from Manali to Chandigarh, which is a union territory and capital of two states - Haryana and Punjab. Also referred to as the first planned city of the country and the 'City Beautiful', Chandigarh is located at the foothills of the Shivalik range of the Himalayas. Its name has been derived from the name of the temple of Hindu goddess - Chandi that is situated at a short distance from the city. This destination is popular for being home to architectural wonders that have been designed by some renowned architects, such as Maxwell Fry, Le Corbusier, Jane Drew and Pierre Jeanneret. Chandigarh is also known for its tranquil environs, lush greenery and shopping arcades.

Upon arrival in Chandigarh, complete the check-in formalities at the hotel and rest in your room for some time. Afterwards, you may opt for a sightseeing trip of this beautiful city and visit its popular attractions, such as Rock Garden, Sukhna Lake, Capitol Complex and Open Hand.

Built by Nek Chand, an artist and former road inspector of the Chandigarh Engineering Department, Rock Garden is a masterpiece that was formed from urban and industrial waste. Established as an open-air exhibition hall, it houses many items made porcelain, metal wires, auto parts, mudguards, frames, etc.

The man-made Sukhna Lake, situated at the foothills of the Shivalik range, has a 3-km shoreline. It was built in the year 1958, after a dam was built across a seasonal stream - Sukhna Choe that flowed from the Shivalik hills. The highlight of this place is its beautiful surroundings and cool breeze, making it a popular picnic spot. Sport activities, like water skiing, yachting and boating are on offer at this lake.

Capitol Complex is a government building that was designed by the great Le Corbusier. Earlier, it was the seat of the Punjab Government; however today, it is the headquarters of both the governments of Haryana and Punjab.It is situated in Sector 1 of Chandigarh and houses buildings of the High Court, the Secretariat and the Legislative Assembly. Some time back, there were plans to build a fourth building as part of the Capitol Complex and was to be named Raj Bhavan; however, no concrete steps have been taken in this regard. The three buildings in this complex have a magnificent architecture and are symbolism of the city's fast growth in recent years.

Open Hand is a 50 tonne and 14-metre high and structure that was created by Le Corbusier. Made out of metal sheets, this giant hand is a symbolism of unity and peace. It serves as the emblem of the city of Chandigarh.

Alternatively, you can pay a visit to its famous markets, such as the shopping arcade of Sector 17, also called as as the City Centre.

After this exciting jaunt of the city, return to the hotel and get a comfortable overnight sleep.

After breakfast at the hotel, drive from Chandigarh to the Delhi airport/railway station to make your return journey.